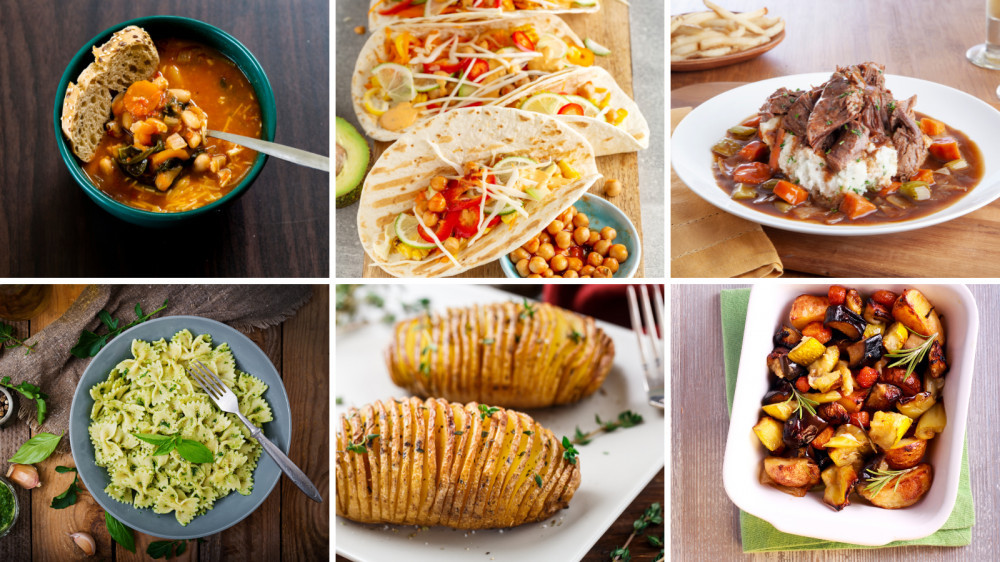 These delicious vegan rosemary holiday recipes are ideal for your dinner table! Rosemary has a woodsy peppery flavour that works well in recipes. It's delicious with baked goods, potatoes, and mushrooms. Use these holiday rosemary recipes to add style and flavour to your holiday gatherings!

Rosemary (Rosmarinus officinalis) is a woody-scented evergreen plant with needle-like leaves. It is one of the world's most popular aromatic and therapeutic plants, despite being best recognized as a food seasoning. Rosemary essential oil is extracted and sold in small bottles.

It contains the plant's essential components or essence. It is not a natural oil, despite its name, because it lacks fat. Many scientists are currently researching rosemary oil's possible health advantages due to its use in folk medicine.

Even though most of this research is still in its early stages, it supports several conventional uses of the oil and points to potential new ones. 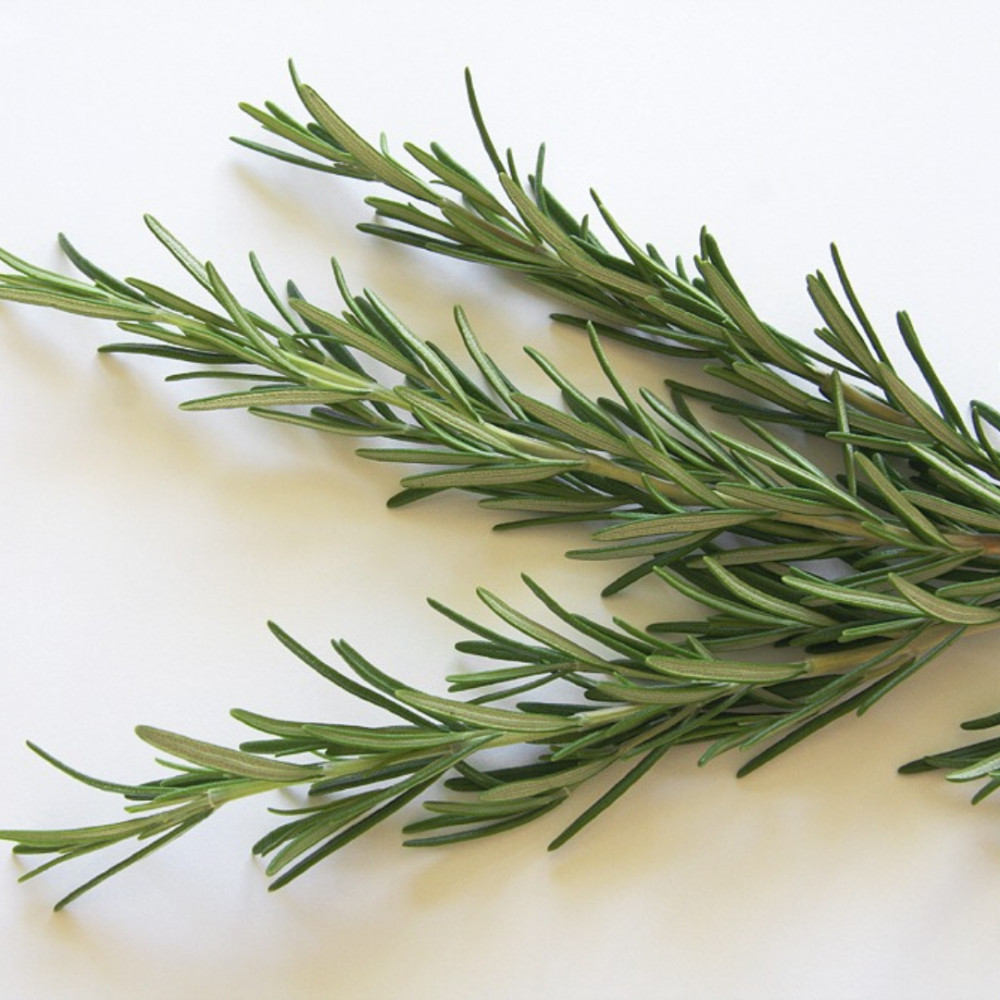 Rosemary was supposed to improve memory in ancient Greece and Rome. According to research, research, inhaling rosemary oil helps to reduce the breakdown of acetylcholine, a brain chemical vital for thinking, focus, and memory.

When 20 young people were asked math questions in a small room with rosemary oil diffused, their speed and accuracy directly improved to the length of time the oil was diffused.

Their blood levels of particular rosemary components also increased, demonstrating that rosemary may enter the body simply by inhaling. In a similar study, nursing students who inhaled rosemary oil while taking an exam reported improved concentration and information retention compared to those who inhaled lavender or no essential oil at all.

Androgenetic alopecia, often known as male pattern baldness, is one of the most frequent causes of hair loss, though it can also affect women. Rosemary oil helps prevent a byproduct of testosterone from destroying your hair follicles, which causes androgenetic alopecia.

Men with androgenetic alopecia who massaged diluted rosemary oil twice daily into their scalp for six months saw the same rise in hair thickness as those who used minoxidil (Rogaine), a standard hair restoration therapy.

Additionally, compared to minoxidil, those who took rosemary oil reported reduced scalp itching, suggesting that rosemary may be more bearable.

Other research suggests that rosemary oil can help with alopecia areata, or patchy hair loss, which affects up to half of the population under 21 and roughly 20% of persons over 40.

People with alopecia areata who rubbed a rosemary essential oil blend into their scalp every day for seven months saw a 44 percent reduction in hair loss, compared to only 15% in the control group who used the neutral oils jojoba and grapeseed. 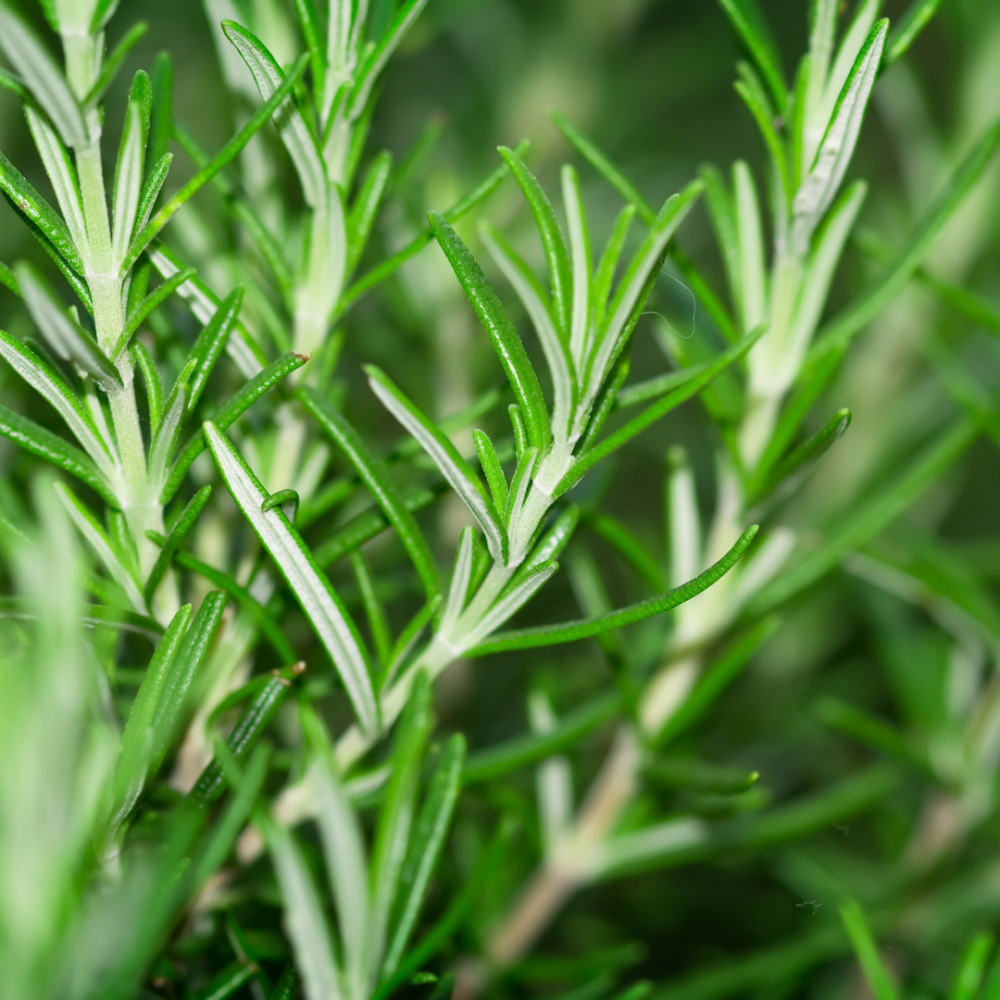 Rosemary is moderate pain relief in folk medicine. Stroke survivors with shoulder discomfort who got a rosemary oil blend with acupressure for 20 minutes twice daily for two weeks saw a 30% reduction in pain. The pain of those who simply received acupressure was reduced by 15%.

Consider rosemary oil as a natural alternative to chemical treatments for repelling hazardous insects that may bite you or infest your garden. Control, a rosemary-oil-based pesticide, reduced the number of two-spotted spider mites by 52 percent without hurting the plants when sprayed on greenhouse tomato plants.

Rosemary can also deter blood-sucking insects that can carry viruses and germs. Compared to 11 other essential oils, rosemary oil had the most effective repellant effect on Aedes aegypti mosquitos, spreading the Zika virus.

For 90 minutes, a dilution of 12.5 percent rosemary oil repelled 100 percent of mosquitoes. A spray containing 10% rosemary oil was also found to be as effective as the chemical insecticide bifenthrin in preventing the spread of black-legged ticks, which carry Lyme disease. 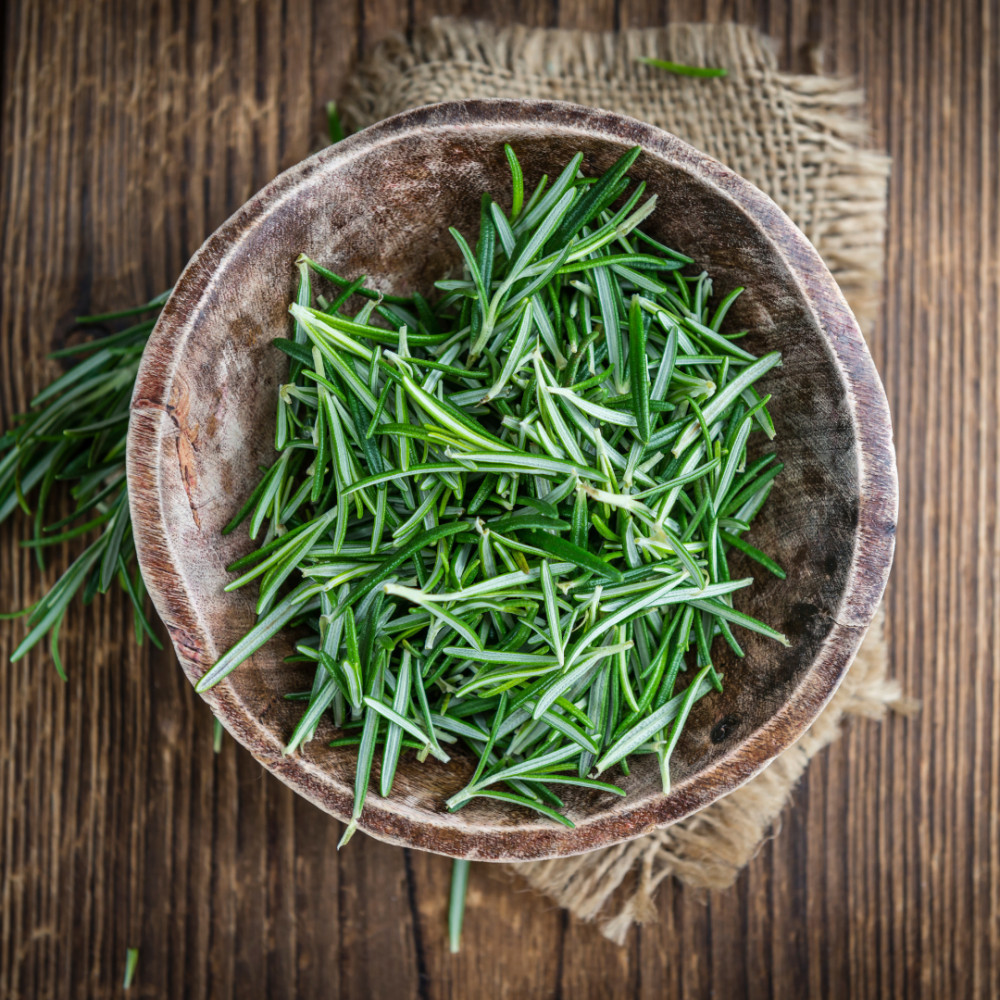 Rosemary is commonly used to cure dyspepsia in Europe. In reality, rosemary has been approved by Germany's Commission E for the treatment of dyspepsia. It should be mentioned, however, that there is currently no credible scientific data to back up this assertion. 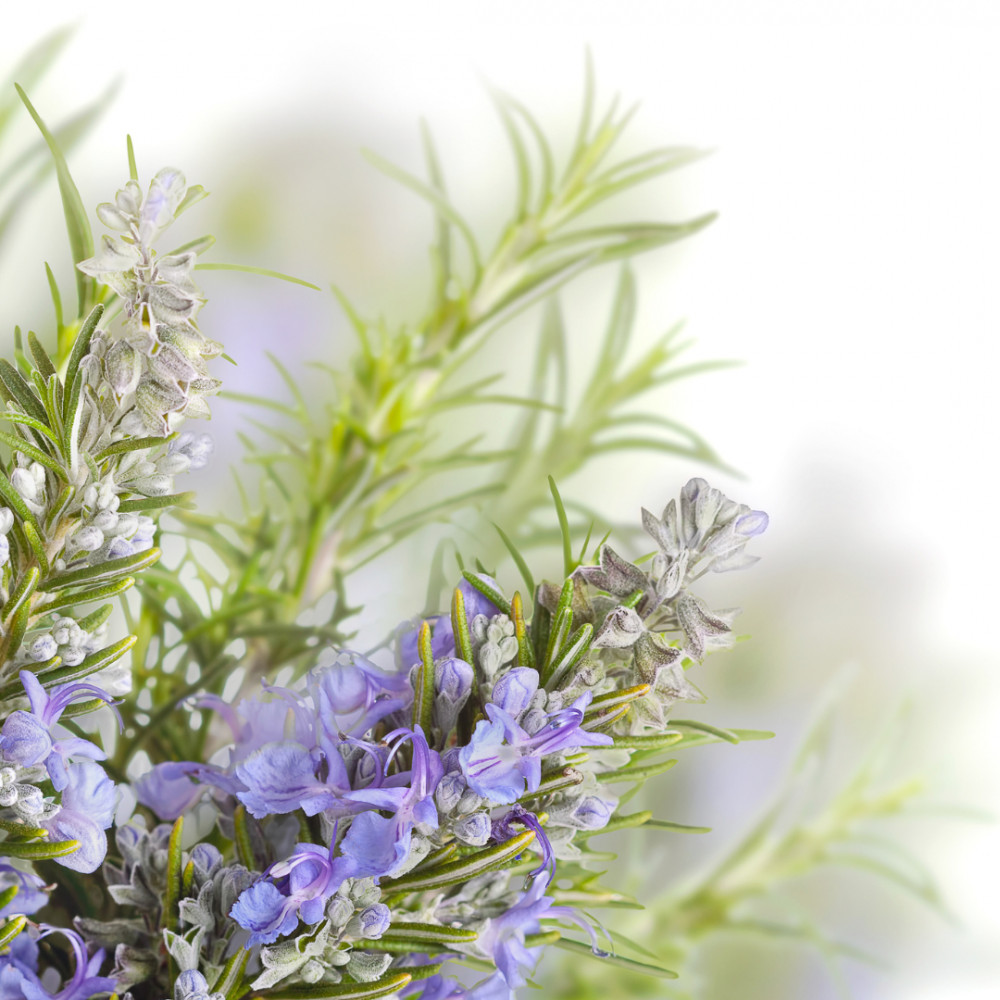 “Crude ethanolic rosemary extract (RO)” reduced the spread of human leukemia and breast cancer cells, according to research published in Oncology Reports. Another study published in the journal Bioscience, Biotechnology, and Biochemistry suggested that rosemary might be used as an anti-inflammatory and anti-tumour agent.

In addition, adding rosemary extract to ground beef lowers the production of cancer-causing chemicals that can emerge during cooking, according to a study published in the Journal of Food Science.

Dr. Stuart A. Lipton, Ph.D. and colleagues at Sanford-Burnham Medical Research Institute published a study in the journal Investigative Ophthalmology & Visual Science that found that carnosic acid, a central component of rosemary, can considerably improve eye health. This could be useful for illnesses of the outer retina, such as age-related macular degeneration, the most common eye condition in the United States. 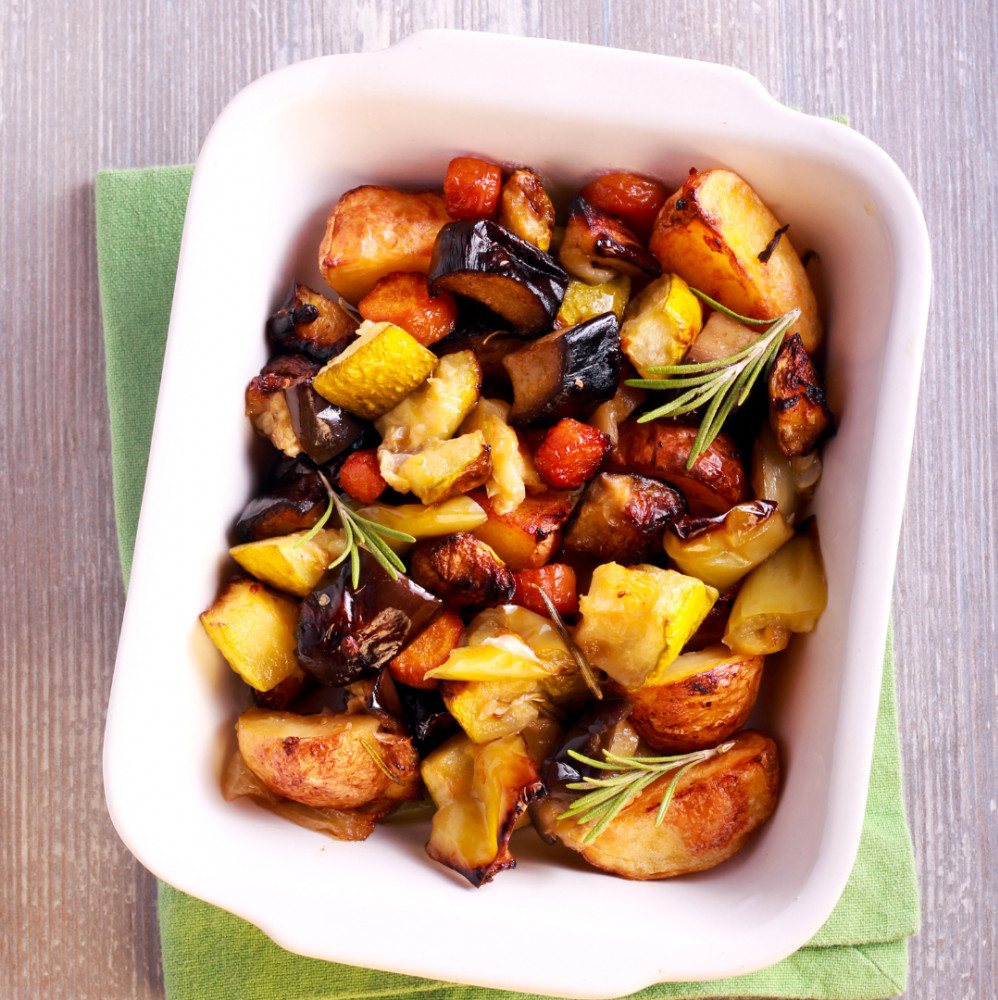 Roasted Rosemary Vegetables—A colourful and savoury side dish that will help anyone obtain their daily serving of vegetables. 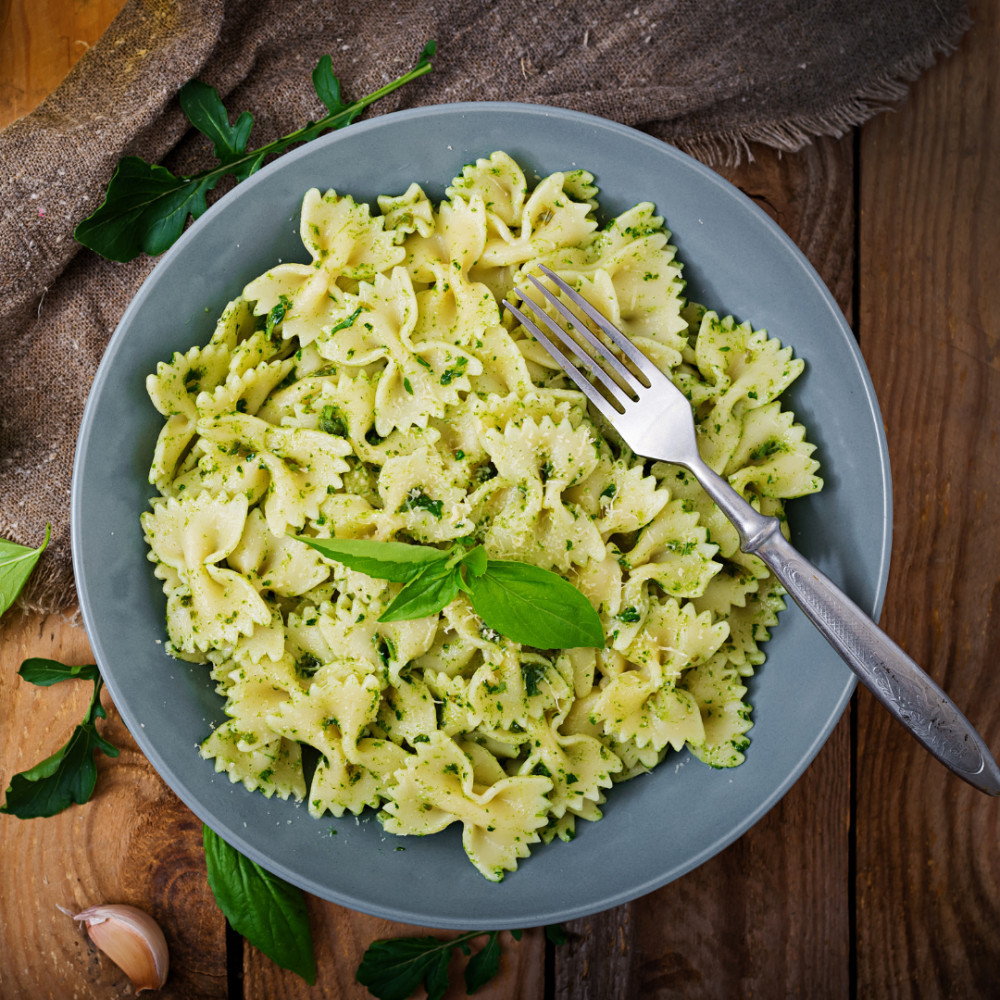 This spaghetti dish is constructed with a few essential ingredients, the majority of which you probably already have on hand. Making this at home will impress you or your loved ones.

Ingredients For The Roasted Broccoli

Ingredients For The Pasta 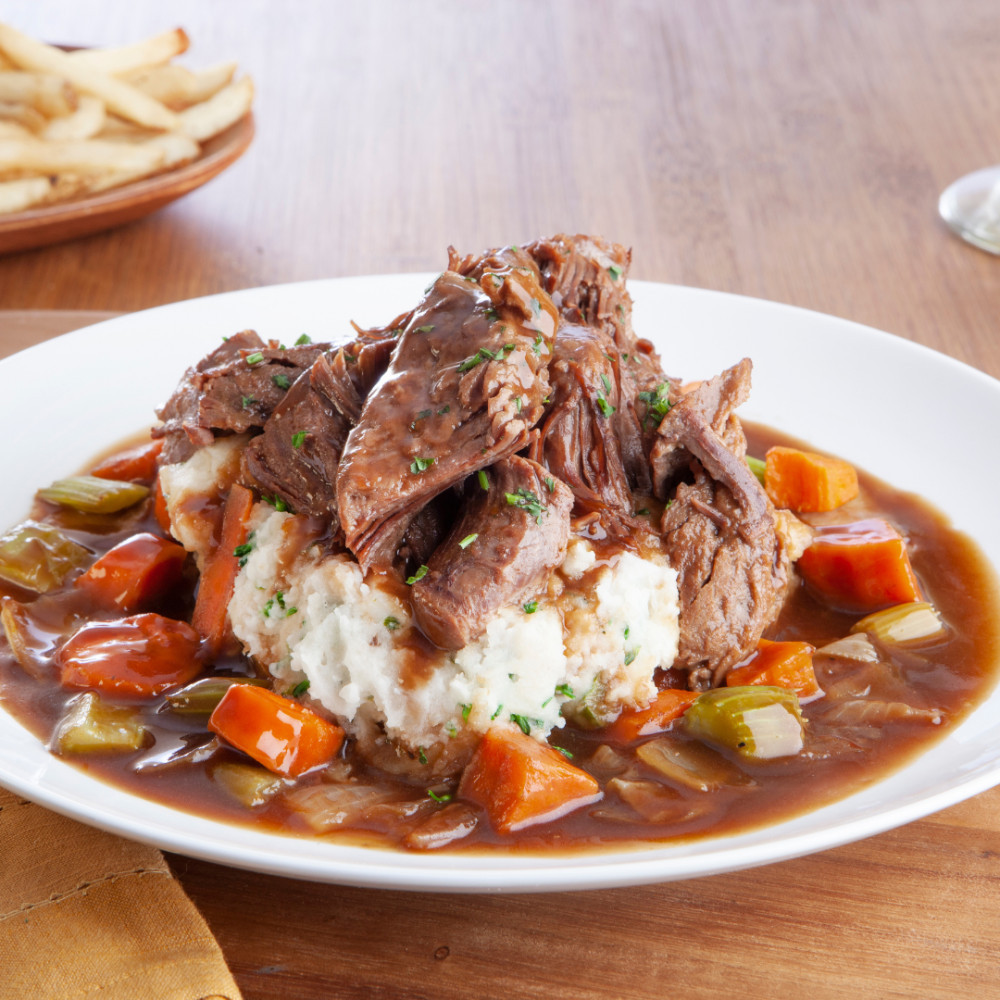 Carrots, potatoes, and onions are used in this simple one-pot dinner. Mushrooms like cremini or portobello have a solid, beefy texture that holds up well in cooking; for a richer taste, add shiitakes or dried wild mushrooms. 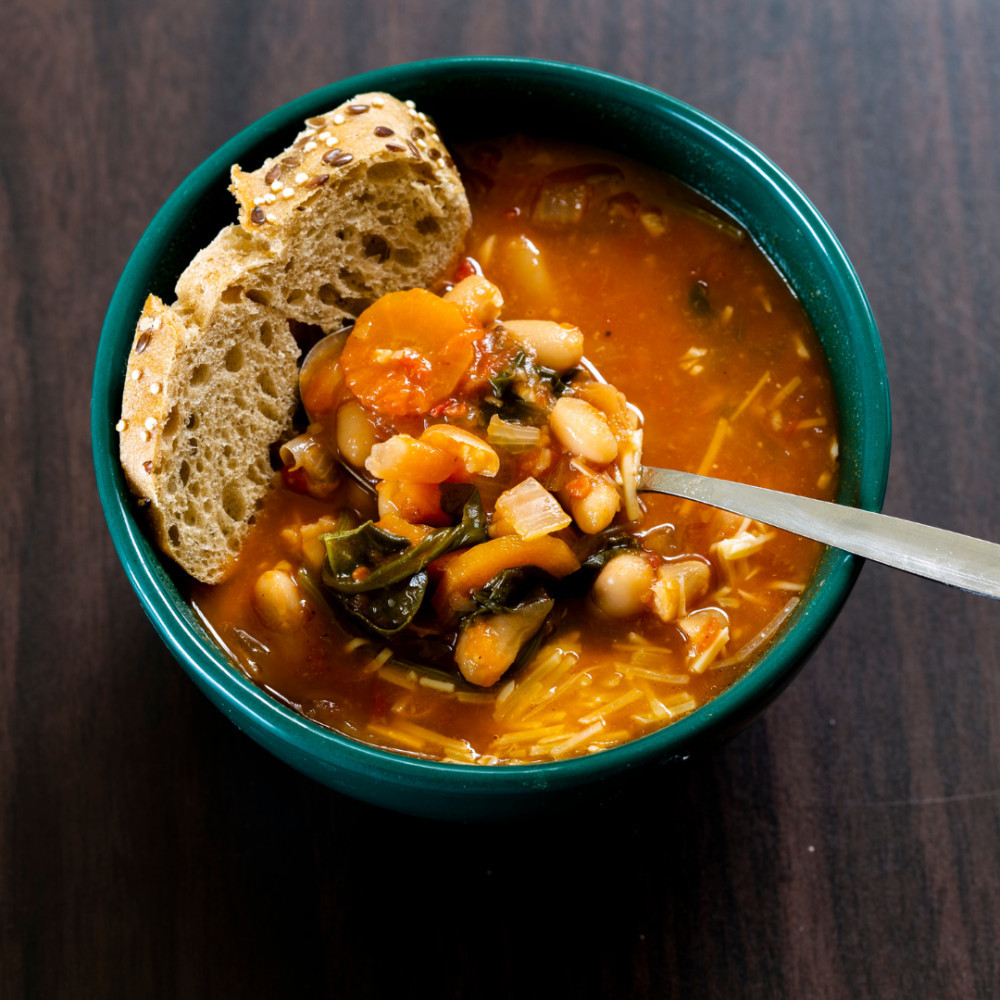 This simple vegan white bean soup with rosemary and garlic takes only nine ingredients, some of which you may already have on hand. It's a flavorful gluten-free soup you can make whenever you want a quick and easy plant-based meal. 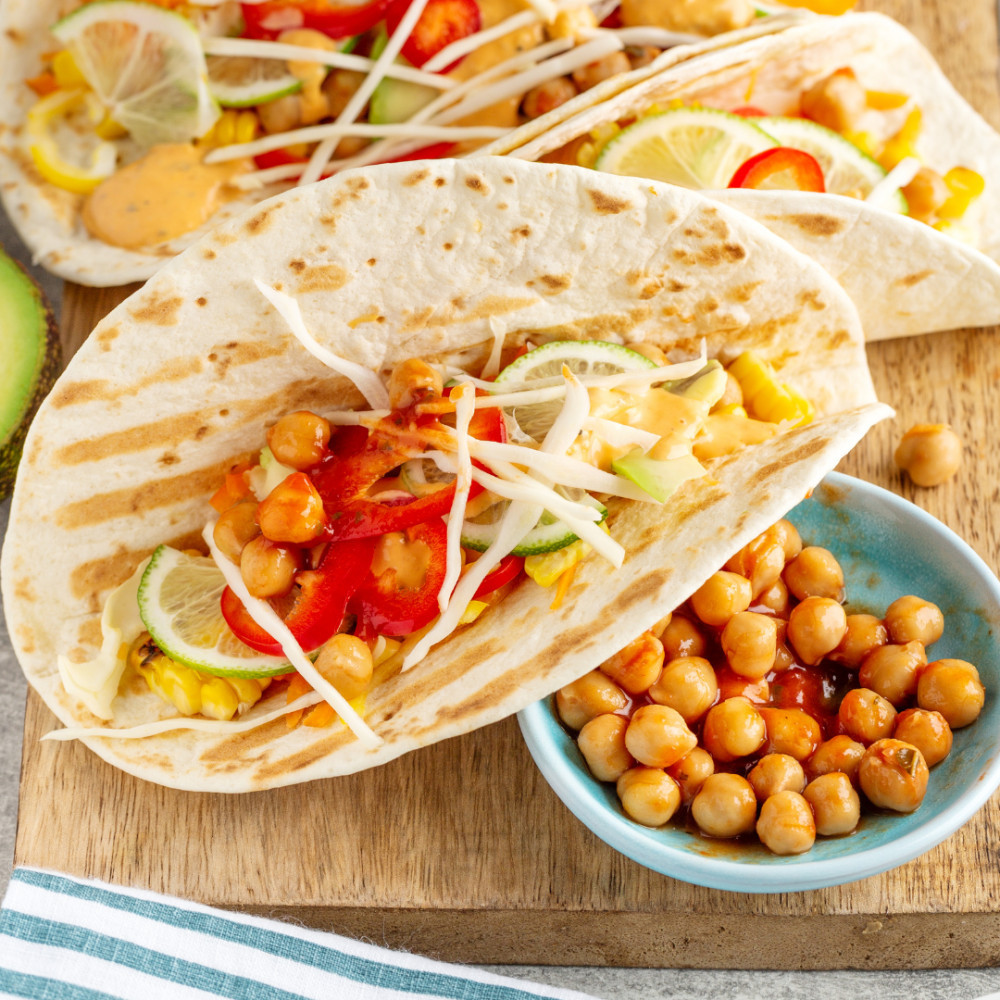 Gluten-free, soy-free (if you remove the miso), sugar-free, and nut-free, these chickpea and rosemary roasted potato vegan breakfast tacos are ideal for serving a crowd with dietary restrictions and allergies.

Ingredients For The Roasted Potatoes

Ingredients For The Scrambled Chickpeas

Ingredients For The Breakfast Tacos 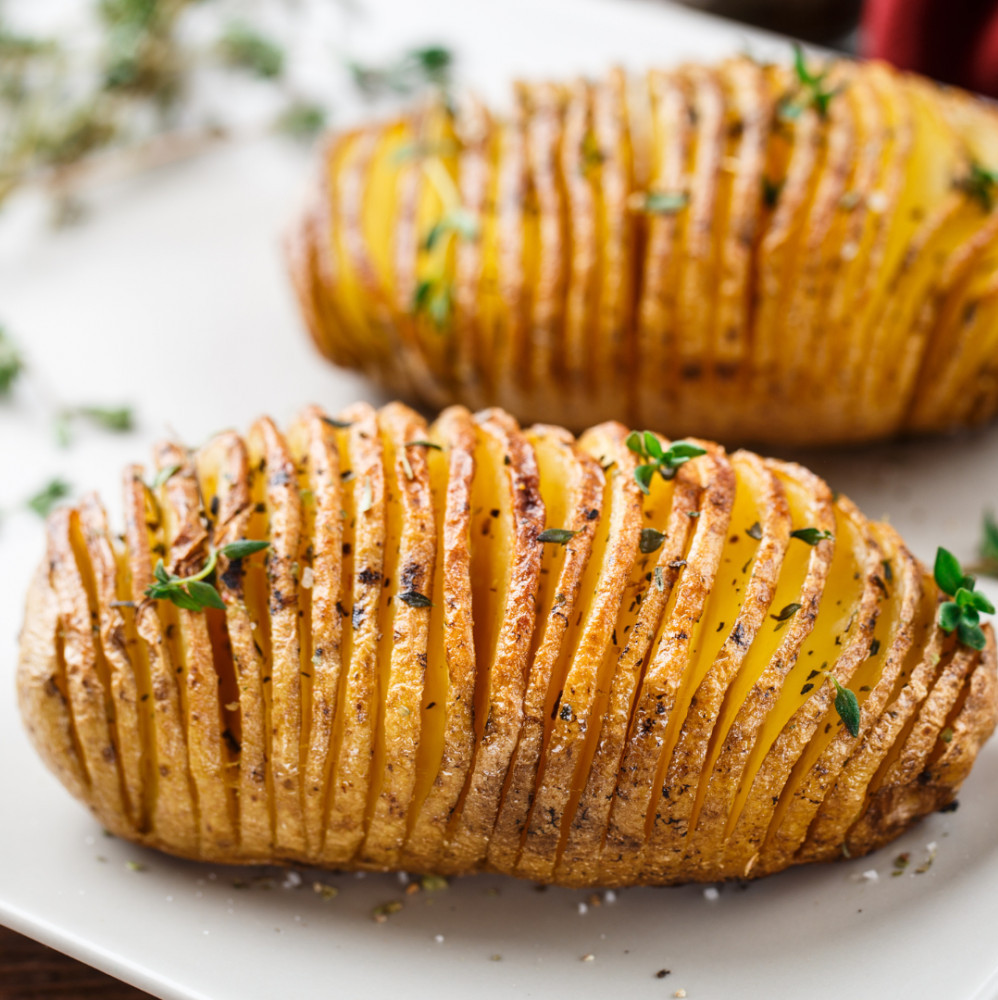 Vegan Baked Hasselback Potatoes with Rosemary and Garlic are quick and easy to prepare. A nutritious and tasty side dish! 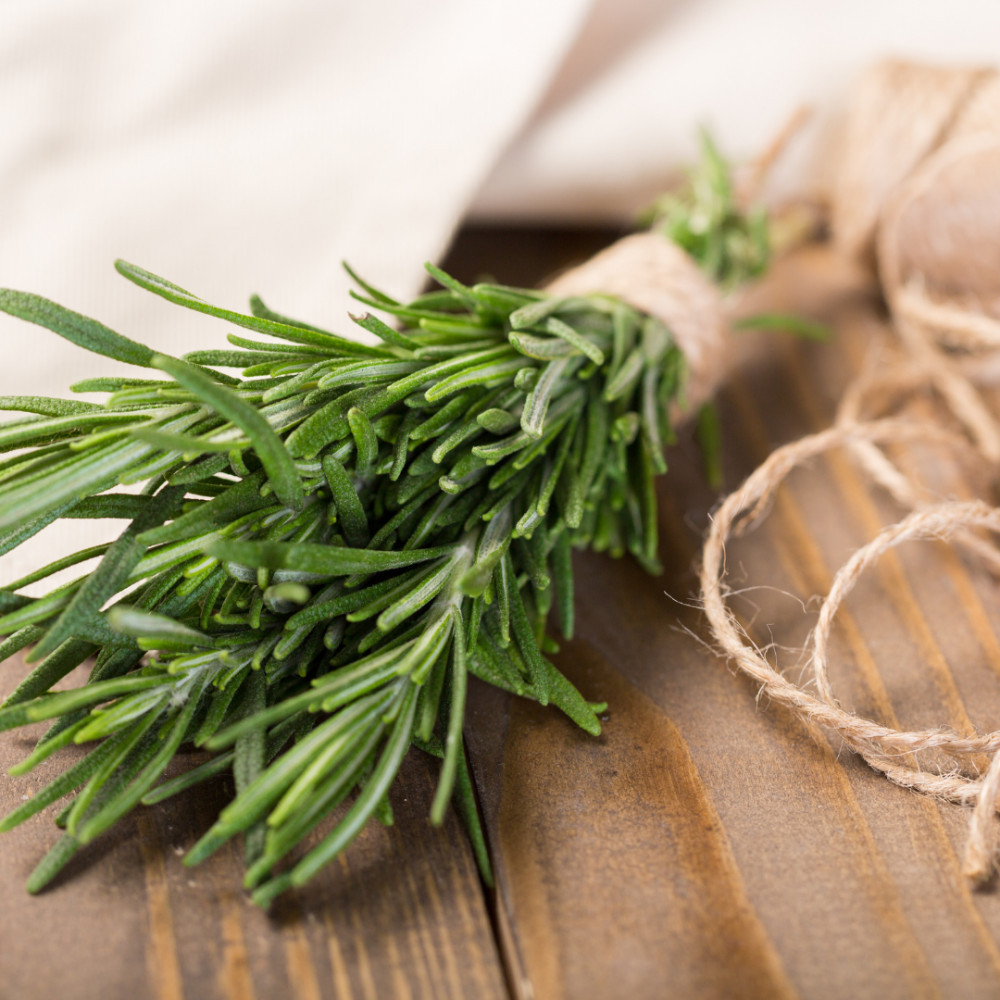 Rosemary is a hardy herb that can withstand freezing temperatures and will keep in the freezer for a long time. Squeeze all the air out of your rosemary sprigs before sealing them in an airtight container or freezer bag, or freeze the leaves in an ice cube tray with water or olive oil. If you would love to grow the herb in your small space you may visit our rosemary container blog.

Ideas? Thoughts? Questions? I would love to hear from you. Would you please leave me your questions, experience, and remarks about this article on the 6 Delicious Vegan Recipes Using Rosemary, in the comments section below? You can also reach me by email at Jeannette@LivingTheVeganLifestyle.org.

23 Most Popular Vegan-Friendly Cities In The World