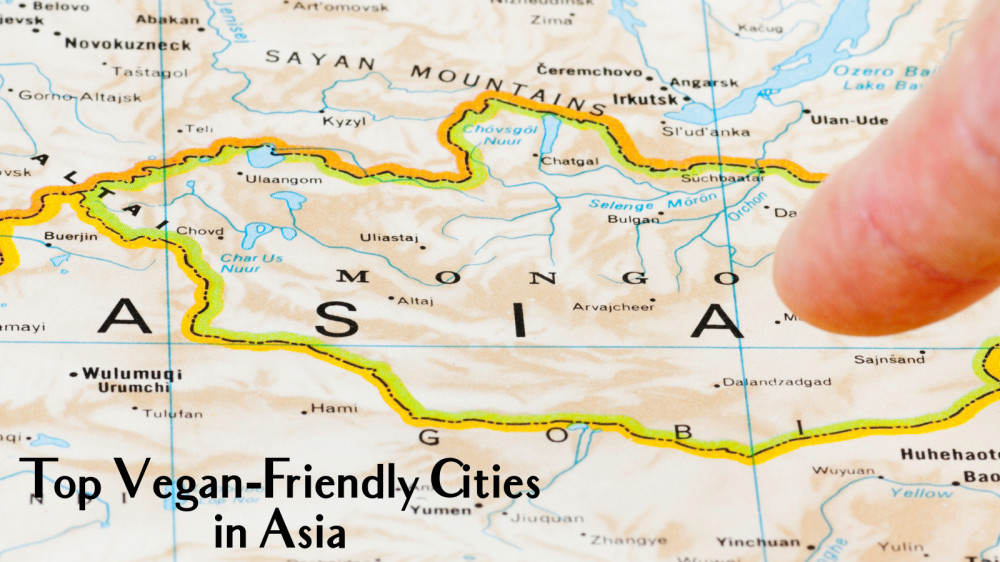 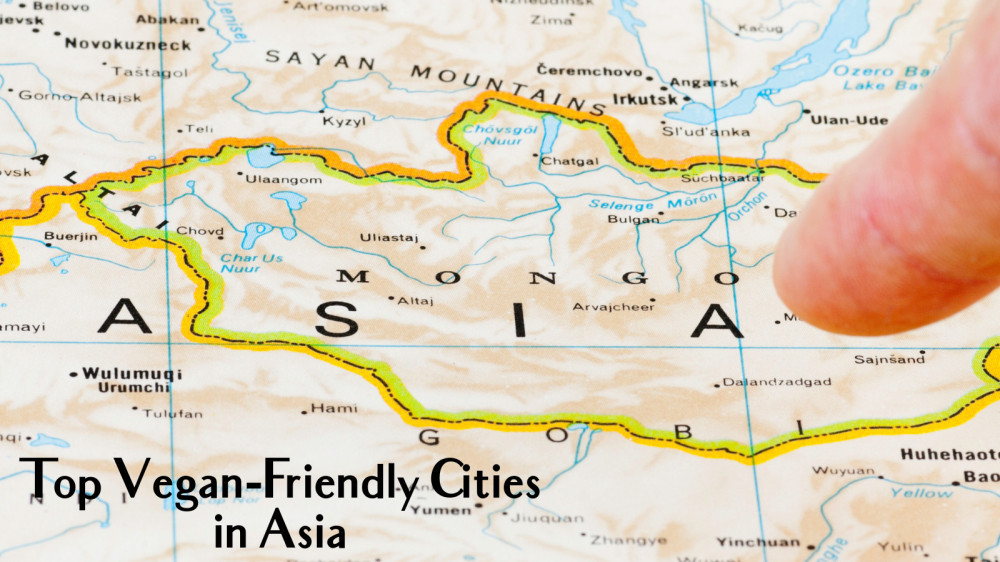 Vegans visiting Asia will be spoiled for choice when it comes to food — think vegetarian pad Thai, ginger garlic noodles, and tofu soup. However, you're likely to encounter hidden horrors like fish sauce and ghee, which can be difficult to notice if you don't understand the language. 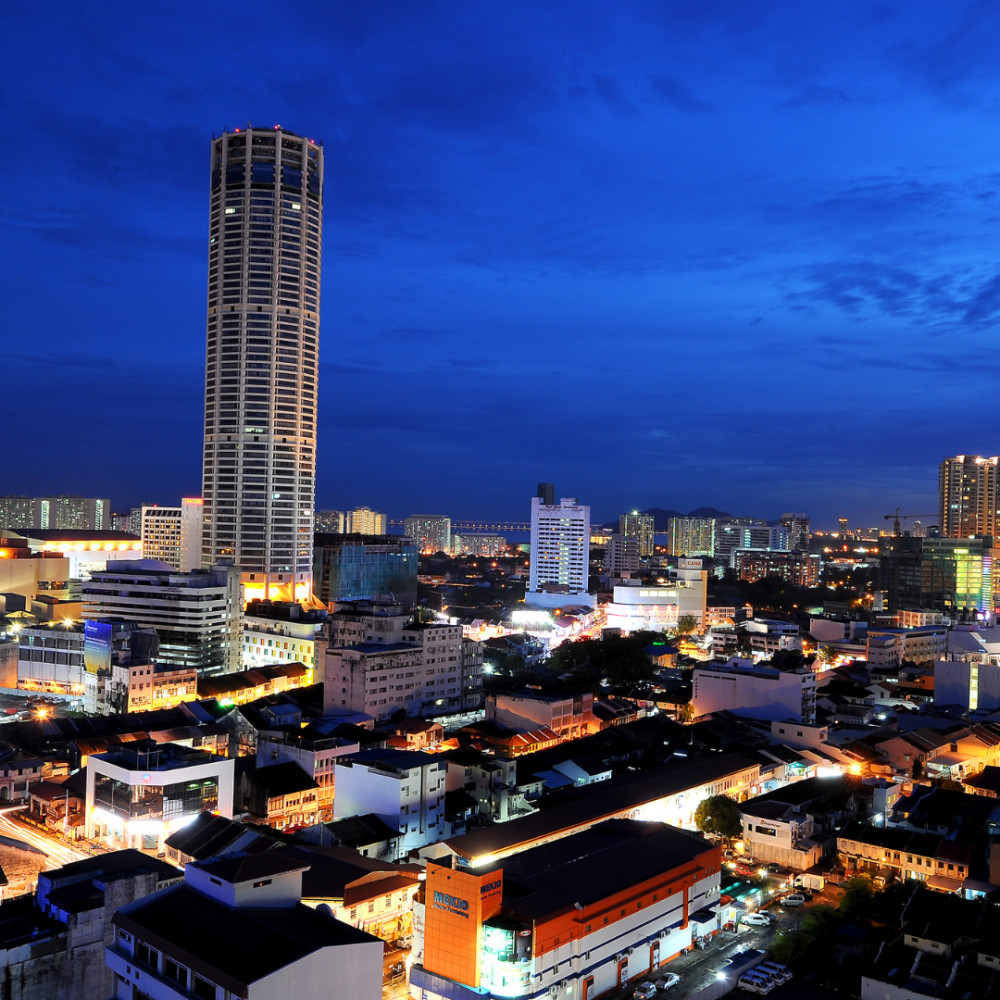 Penang could be Malaysia's best gourmet destination, and vegans will be at home here. Over 100 vegan-friendly restaurants on the island, and the capital, Georgetown, is brimming with them. The city's entirely vegan Buddhist-Chinese eateries are fantastic, but if you're looking for something a little more unique, try Ee Beng's faux fish plate.

Lily's Vegetarian Kitchen serves various traditional Malaysian and Western-style cuisine, ranging from chicken nuggets to laksa. While we're on laksa, we must add Luk Yea Yan, which serves some of the best vegan and non-vegan laksa. 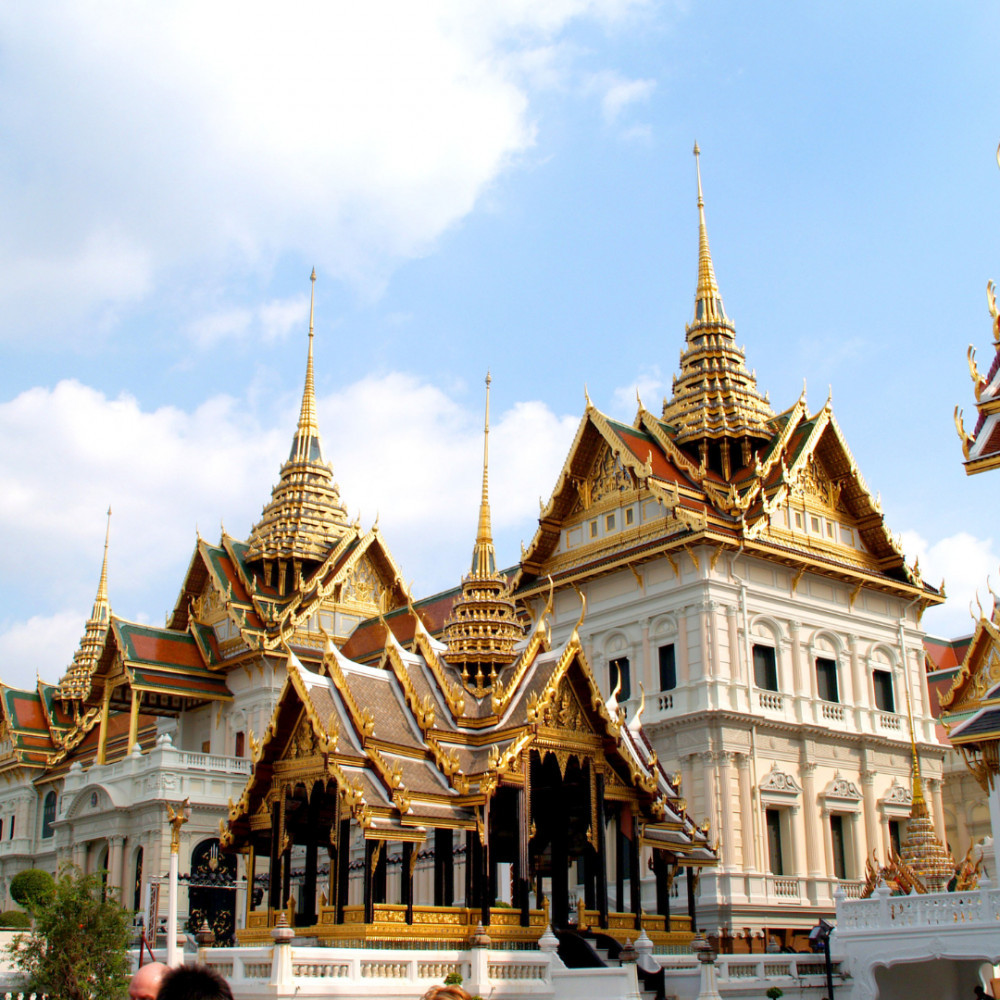 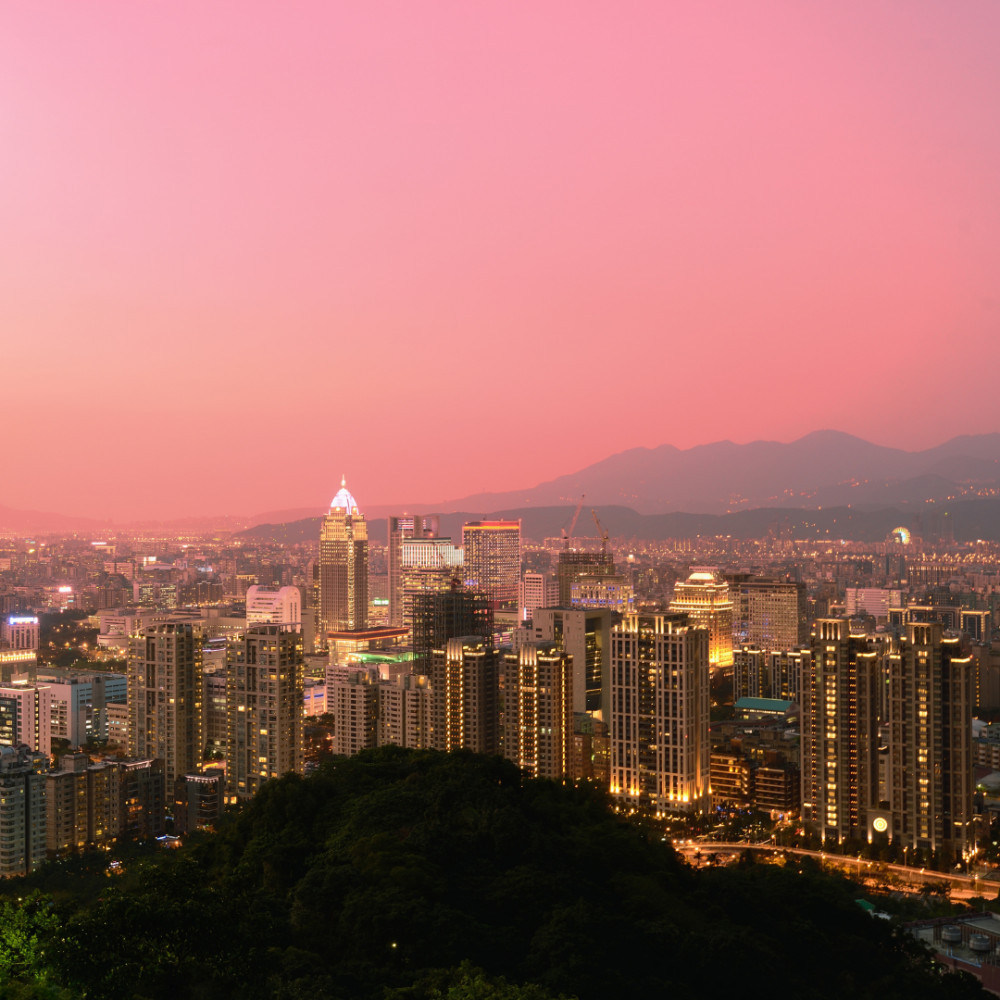 Vegan burgers with wasabi mayo, as well as “hot dogs” and “bacon” sandwiches, are available at About Animals,while Vege Creek creates a customisable Taiwanese-style soup.

Vegetable makes meat-free Japanese-style cuisine, while Loving Hut serves kimchi hot pots, mixed-grill skewers, and a choice of nondairy cheesecakes. At Mianto, you may sample foods from all over the world, from pizza and lasagna to robust Thai, Indonesian, and Chinese dishes.

Green Bakery's vegan cookies and brownies, as well as NakedFood's raw vegan desserts, continue the sweet delicacies. Are you looking for something a little more savory? Moon Cheese offers a variety of vegan cheeses, ranging from melty American cheddar to grated Parmesan. 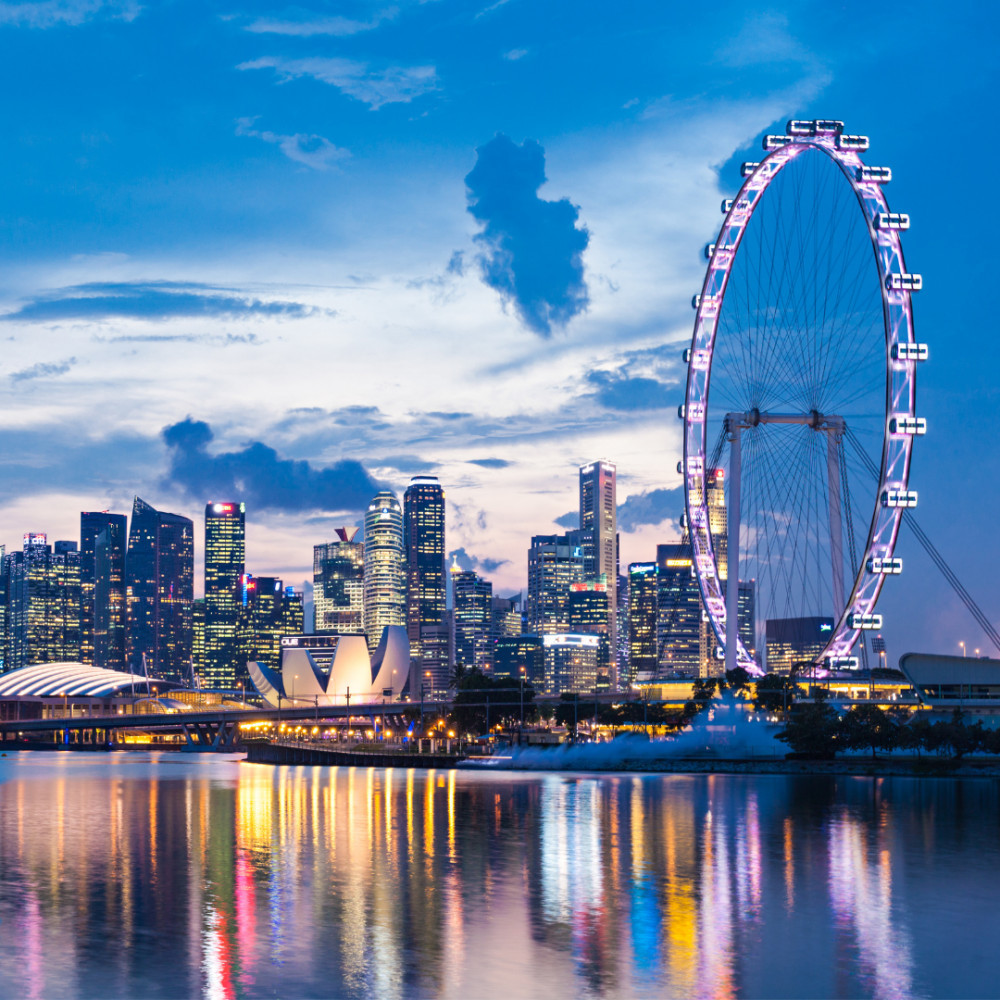 You won't be disappointed if you're seeking a vegan lunch after a long day of sightseeing around this fascinating and futuristic location. Singapore is a melting pot of cultures and cuisines, so there's plenty of vegan food to choose from.

There are 1,242 vegan-friendly listings for Singapore on HappyCow, with 575 of them in the city-downtown, state's so whatever you're looking for, it's likely to be found there. Start with some plant-based Peranakan-Thai cuisine at Whole Earth Singapore or meat-free fast food at Hello Baby.

Compassionate diners can also satisfy their cravings for nutty buah keluak at Whole Earth Vegetarian, Singapore's only Peranakan-Thai vegetarian restaurant, or fill up on clay-pot “chicken” curry at Gokul Vegetarian Restaurant or a falafel at Fill a Pita – and don't forget about HotCakes' vegan durian cake! 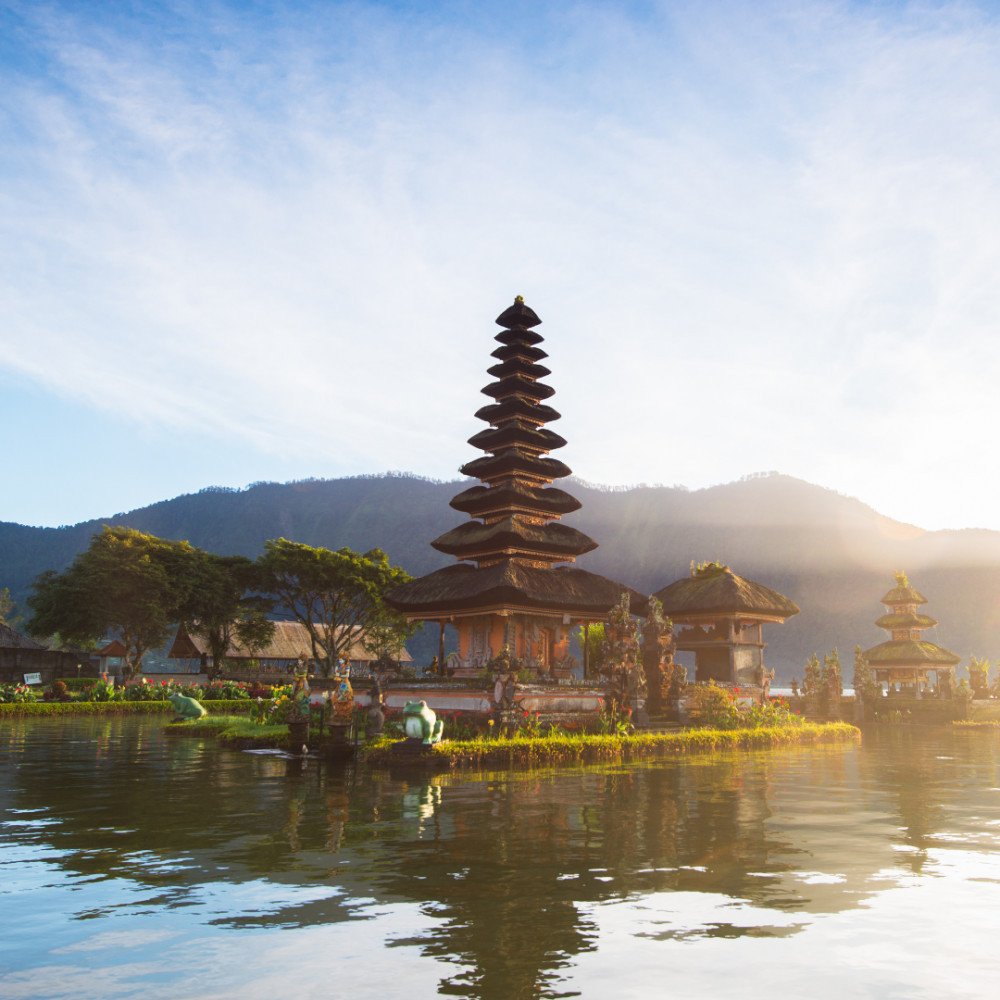 Ubud, Bali, is known for its health-conscious residents and is no stranger to the traditional meat replacement tempeh, so the rise in plant-based dining alternatives is unsurprising. The vegan eating scene in Ubud has flourished, from The Seeds of Life's 100 percent vegan menu to 9 Warung's meat-free traditional Indonesian cuisine.

Bali has vegan food galore, from the picturesque Gili Islands to bustling Ubud. Try Il Tempio or Beach Bowl Bali if you're in Kuta. Divine Earth is a good option if you're in Seminyak. Almost wherever you go, you'll be confronted with many plant-based options. Look for warungs, which are traditional Indonesian restaurants where food is generally served buffet-style. They're a super-cheap, nutrient-dense snack.

They're a low-cost, nutrient-dense, and delicious way to feed oneself. Furthermore, they frequently provide tofu, tempeh, noodles, rice, and various vegetables. Sayuri Healing Food is another vegan restaurant that offers healthy options, including “BLT” sandwiches and “cheese” platters. 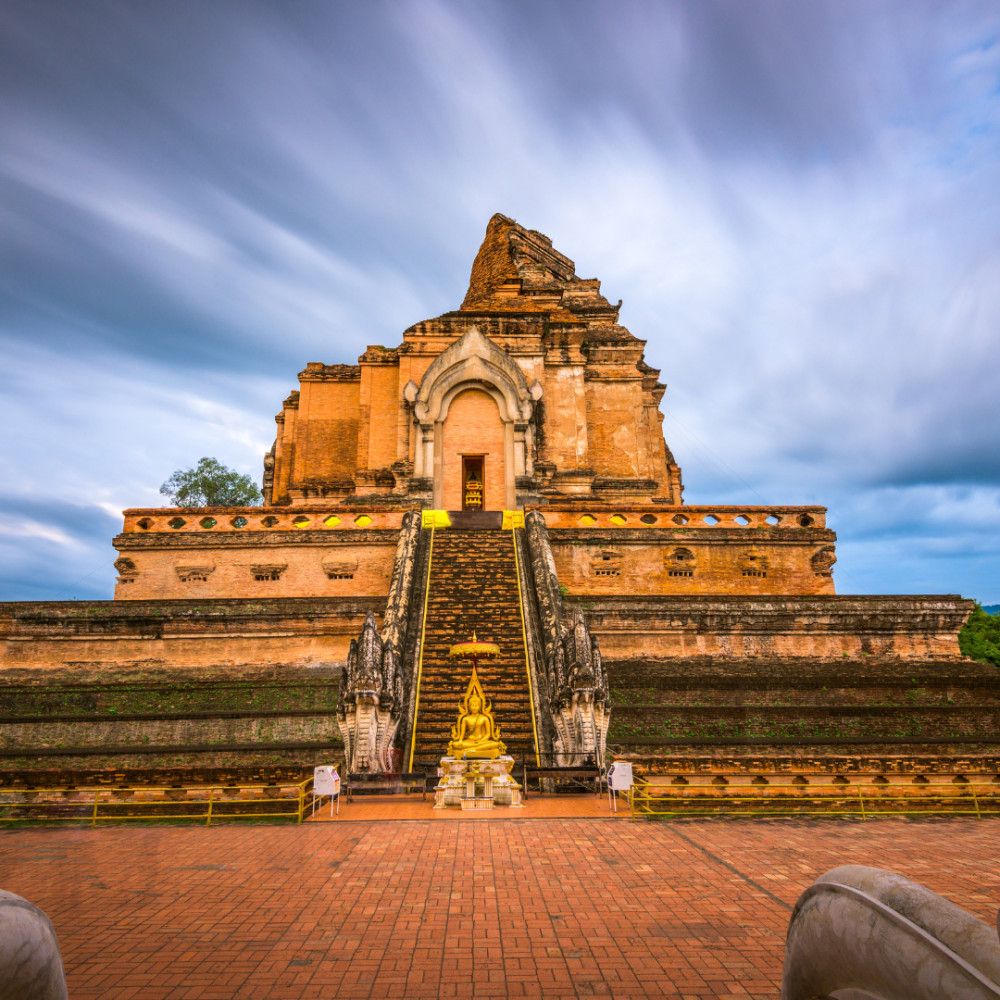 Once you've had your fill of bustling Bangkok, take the overnight train north to Chiang Mai, where you can relax. The environment is laid-back, and getting around the city is simple. The night market is hopping, and there are plenty of things to see and do nearby (visit Elephant Nature Park to learn about the beautiful animal).

Fresh chia pudding and mango may be found at Ama Vegan Kitchen, and fishless fish and chips can be found at Munchies Vegan Fast Food. There are so many plant-based options in Chiang Mai that you'll regret not staying longer to try them all.

Taste From Heaven is one of Chiang Mai's most distinctive eateries, serving crispy morning glory salad, panang curry, and vegan brownies for dessert, among other things. 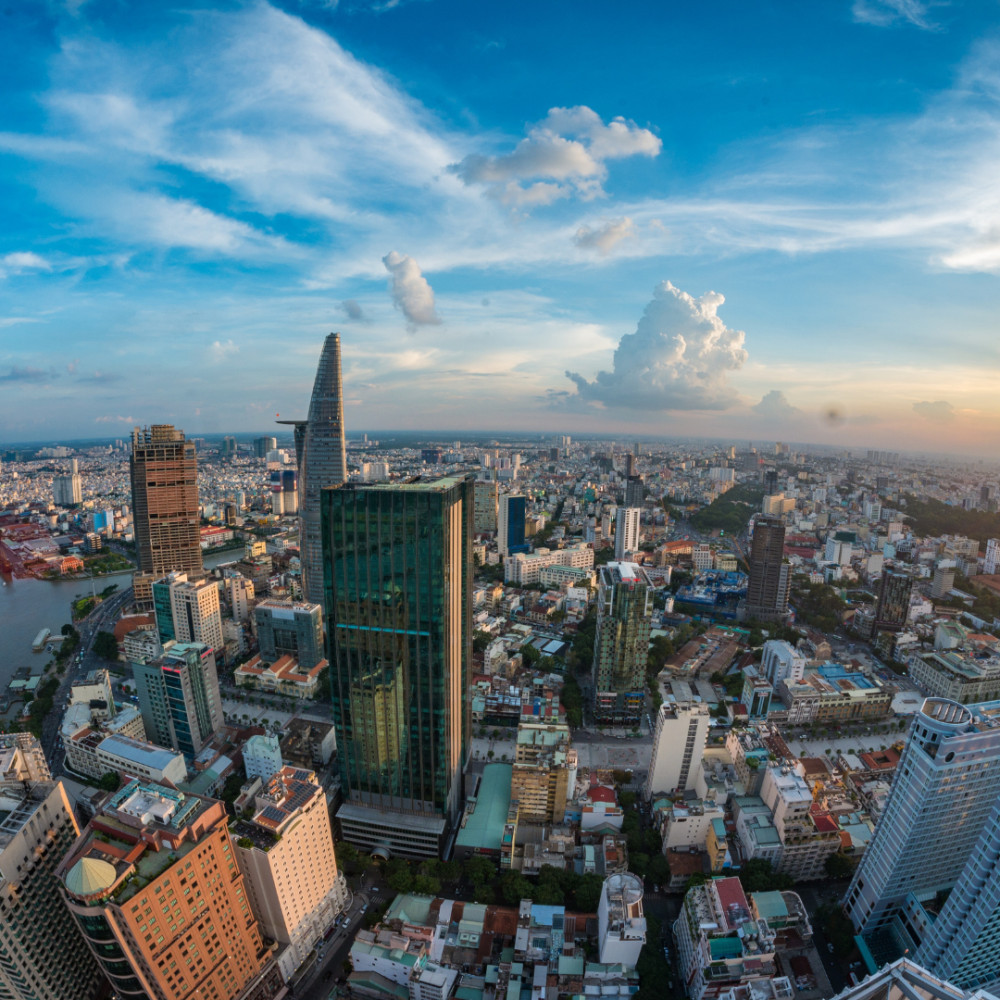 You're in luck if Ho Chi Minh City is on your itinerary. This city not only has a lot of history and culture to offer travellers, but it also has a lot of vegan food options, with approximately 250 vegan-friendly restaurants listed on HappyCow.

Loving Hut's vegan menu includes everything from barbecue chicken and bánh xèo to gi cun and packaged vegan meats and cheeses. At Sen Quan Chay, diners may even enjoy a veganized rendition of an egg. 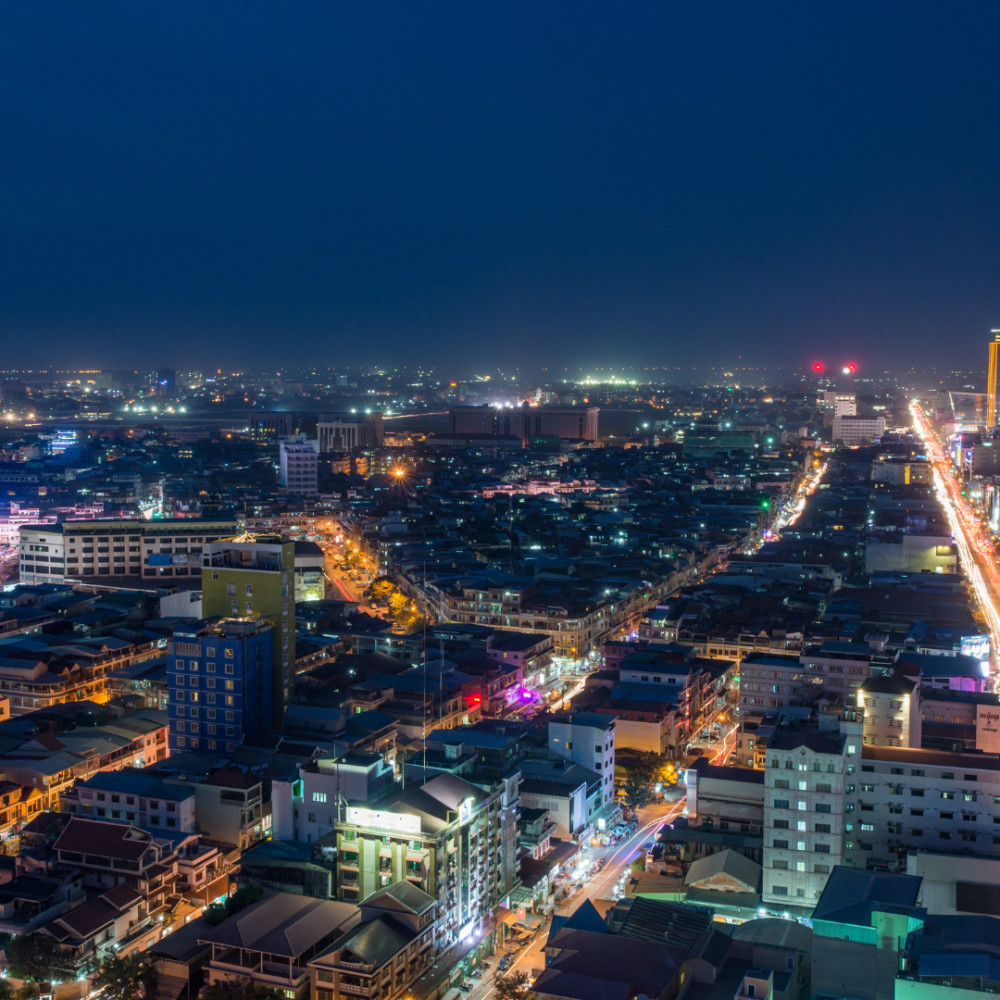 Walking down the riverbank, seeing the Royal Palace and Wat Phnom (a hilltop temple), and feasting on plant-based food are just a few things visitors may do in Cambodia's bustling city. Masala Dosa Street Kitchen serves delicious Indian fusion cuisine, burgers, and sandwiches. If you're looking for something healthy, head to the Russian Market and look for Vibe Cafe, which serves a variety of smoothies, matcha lattes, and acai bowls. 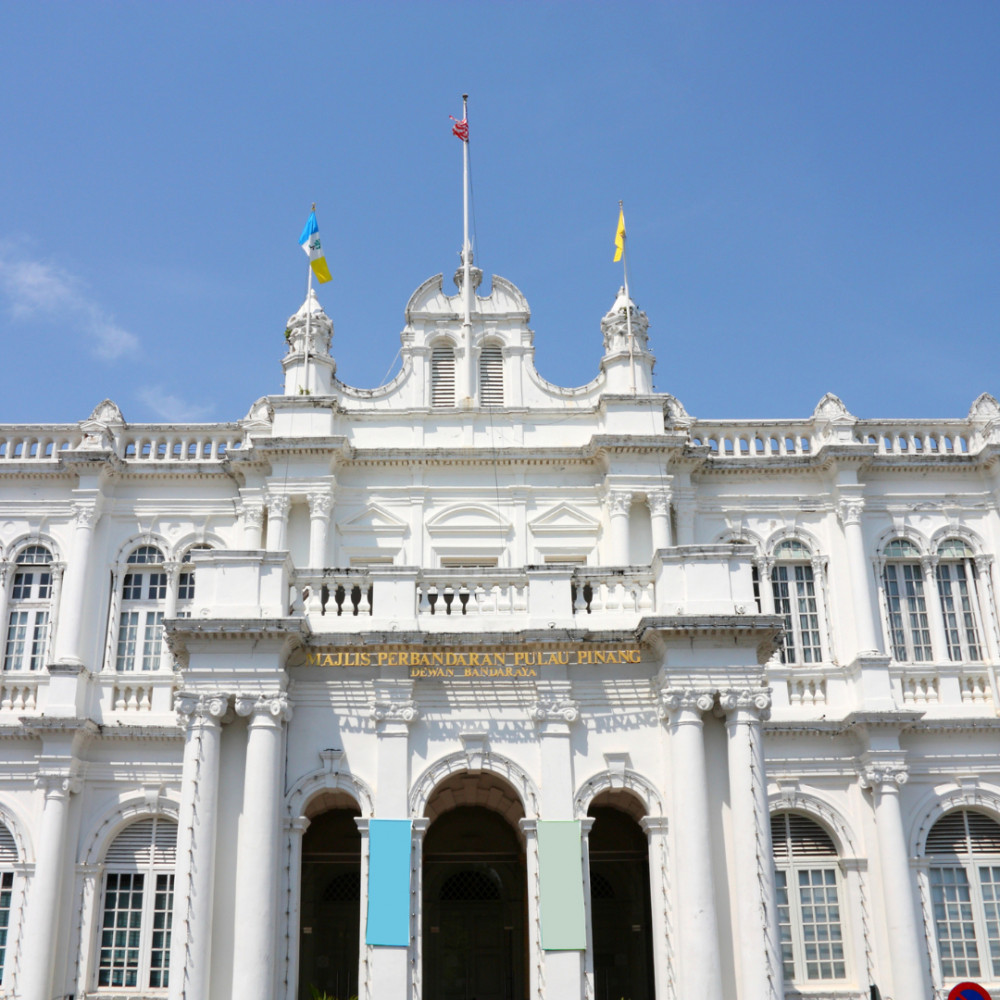 Penang's capital is vibrant, diversified, and forward-thinking. It's also brimming with vegan-friendly eateries. For Taiwanese-style cuisine, go to 8 Morality Vegetarian Restaurant or Bock Garden Meatless Cafe for veggie Chinese cuisines or Western food, if you like. According to Happy Cow, there are plenty of vegan Chinese restaurants in George Town, but if you're looking for something a little spicier, there are plenty of veggie-friendly Indian restaurants as well. 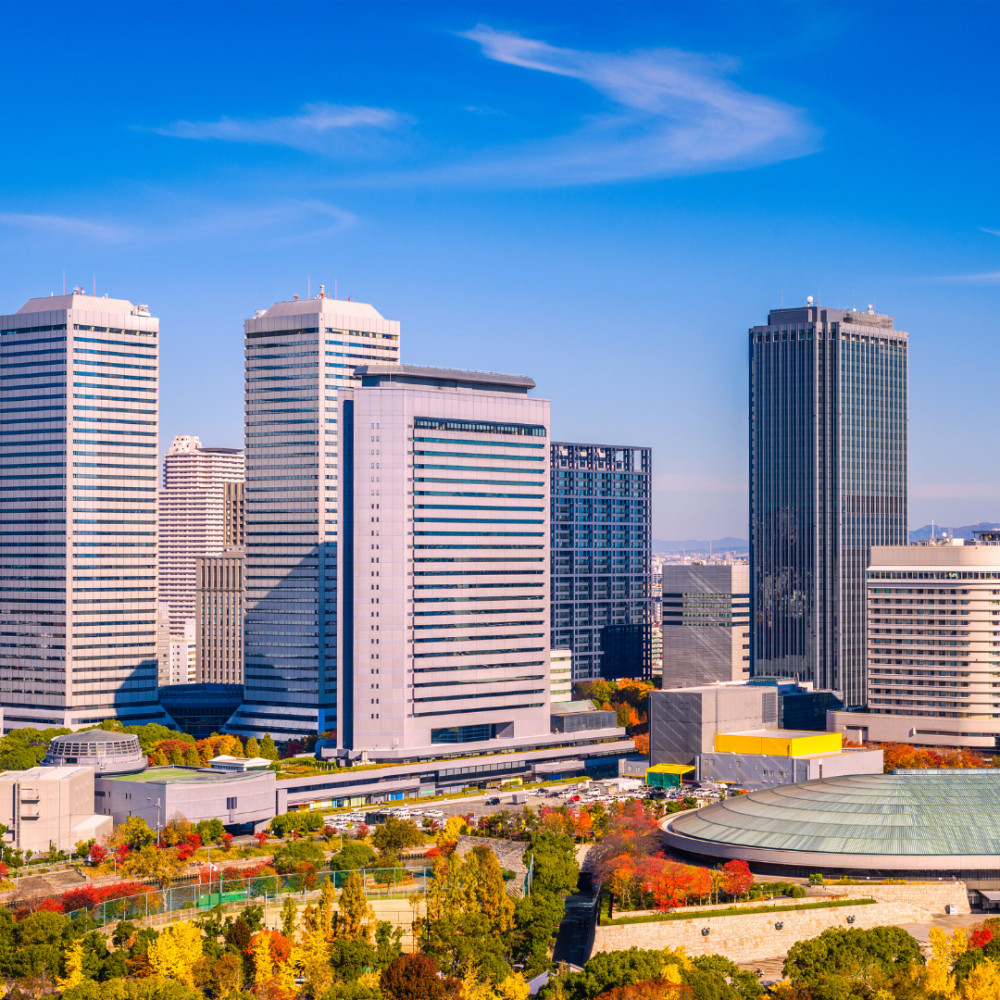 For its love of food, Japan's third-largest city has been dubbed the nation's kitchen, and a new word – kuidaore – was coined to define their eat-until-you-drop appetite. Takoyaki (battered octopus flesh balls) and okonomiyaki (“as you like” egg pancakes) are two of Osaka's favorite meals.

Please accept my apologies, herbivores. However, the vegan influence of neighbouring Kyoto is beginning to pervade this meat-loving metropolis' restaurants. In the Shinsaibashi shopping district, Paprika Shokudo is a Western-style restaurant with a Western-style menu, including dairy-free pizzas and parfait.

Rocca offers a set menu of Japanese classics cooked with locally farmed produce. Megumi also serves traditional Japanese dishes without the use of animal products, such as egg-free okonomiyaki. 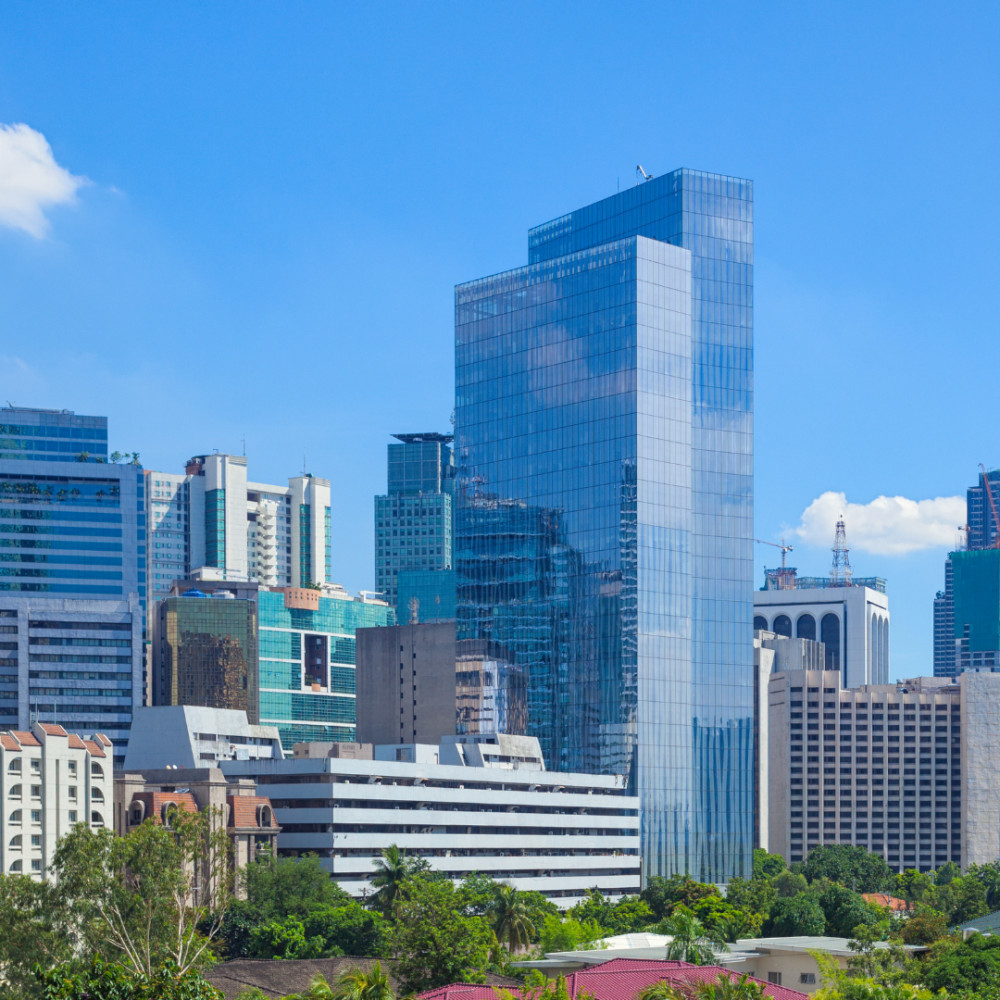 Makati, the Philippines' financial district, is undeniably a vegan hotspot.

Green Bar offers vegan roast beef sandwiches and popcorn “chicken” tacos, as well as dairy-free grilled cheese and doughnuts, and 101 Hawker Food House has veggie meat in its vegan section of the menu. Vegan cinnamon rolls and stacks of pancakes and waffles are now available at the Kismet Café, along with vegan butter and unlimited maple syrup.

Corner Tree Café, a veteran of Makati's vegan scene, has an extensive menu full of hearty plant-based dishes and desserts, and newcomer Charlie Does Manila pairs “fish” and “beef” tacos with local beers.

There's even an Instagram account called Good Eats Asia that showcases all of the vegan-friendly dishes available in Makati restaurants. 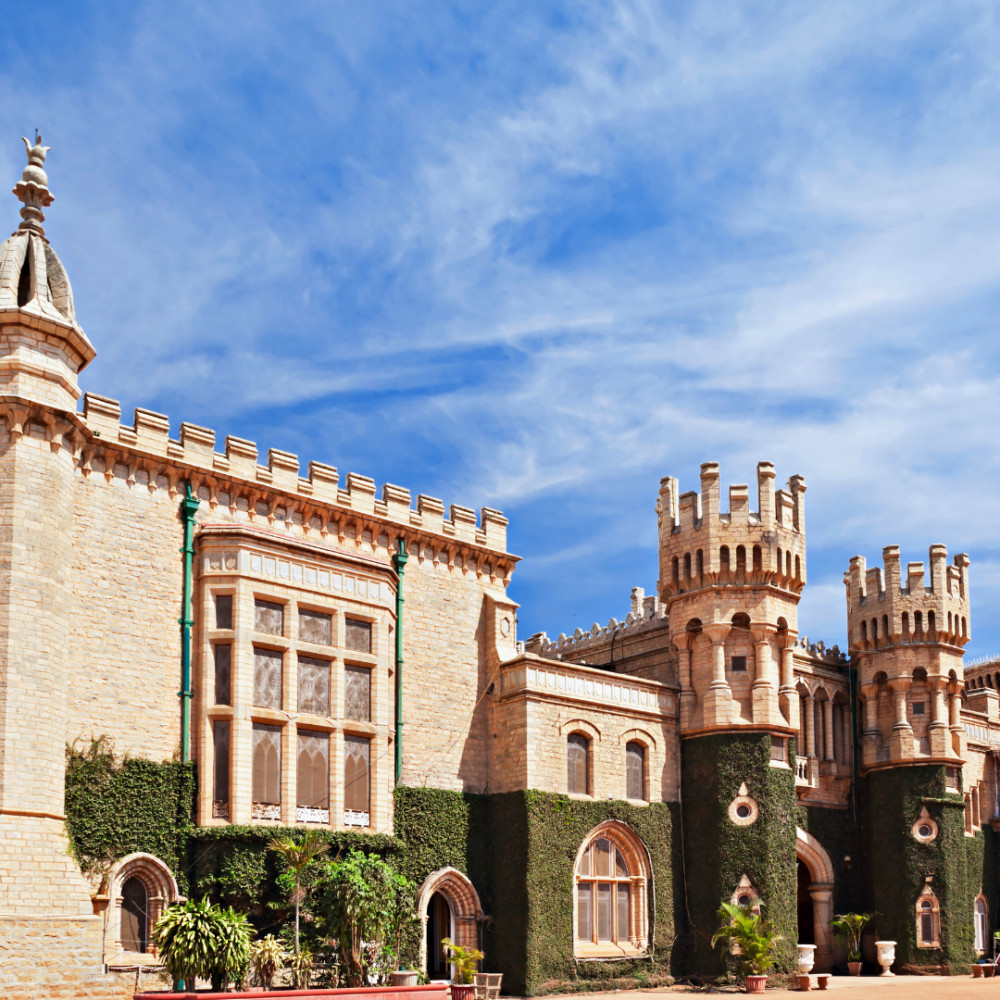 Bangalore is ranked fifth on PETA's list thanks to local all-vegan restaurants such as Paradigm Shift and Carrots; popular hotels and restaurants such as The Park, Alila, The Glass House, and 100ft, which will soon launch vegan menus; and Bengaluru-based Café Coffee Day's decision to create and sell its Vegan Shake, as well as numerous other vegan-friendly initiatives.

Vegania, a self-described “virtual vegan country” that provides a forum for and campaigns on animal rights issues, as well as Vegan Bengaluru, which organizes monthly potlucks and outreach activities and offers vegan eating tips, are active in the city, in addition to vegan, vegetarian, and vegan-friendly restaurants. 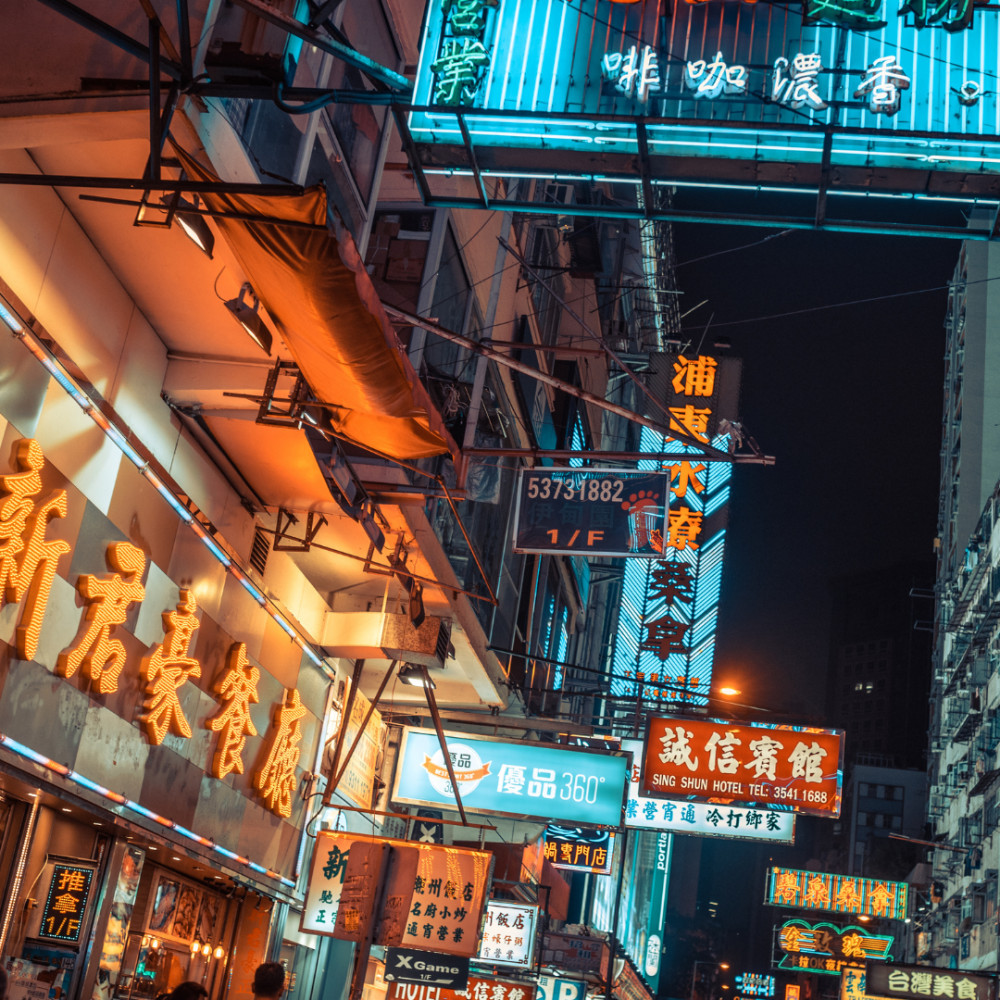 From the 100% vegan menu at the famous LockCha Tea House to restaurants that serve everything from meat-free “chicken” satay skewers to vegan fried eggs, Hong Kong's vegan dining scene has exploded.

Vegans can order the Venice Beach burrito from vegan-friendly Cali-Mex, which is made with shredded soy “chicken,” dairy-free cheese, and sour cream, and then go to nearby Mana! for dessert, which has peanut-butter chocolate cake and coconut and chocolate truffles. Home – Eat to Live serves delectable dairy-free grilled cheese sandwiches and strawberry-and-coconut cake.

Green Common is an all-vegetarian supermarket in Hong Kong that sells everything from vegan meats like Gardein and Beyond Meat to Miyoko Schinner's dairy-free cheeses. 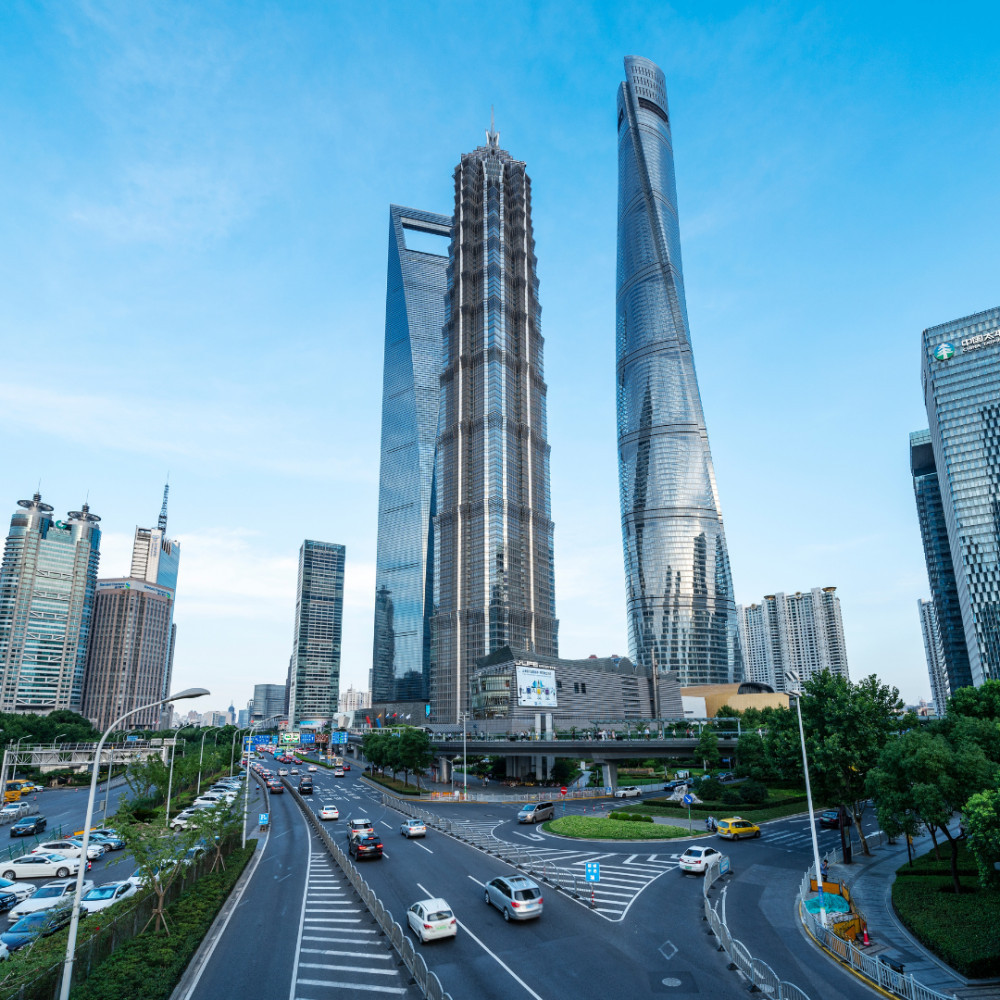 In Shanghai's restaurants, there is a huge increase in delicious plant-based meals. iVegan is an all-vegan restaurant in Shanghai that serves delicious Kung Pao “chicken,” sweet-and-sour “pork ribs,” “lamb” kebabs, and stinky tofu with edamame, among other dishes. 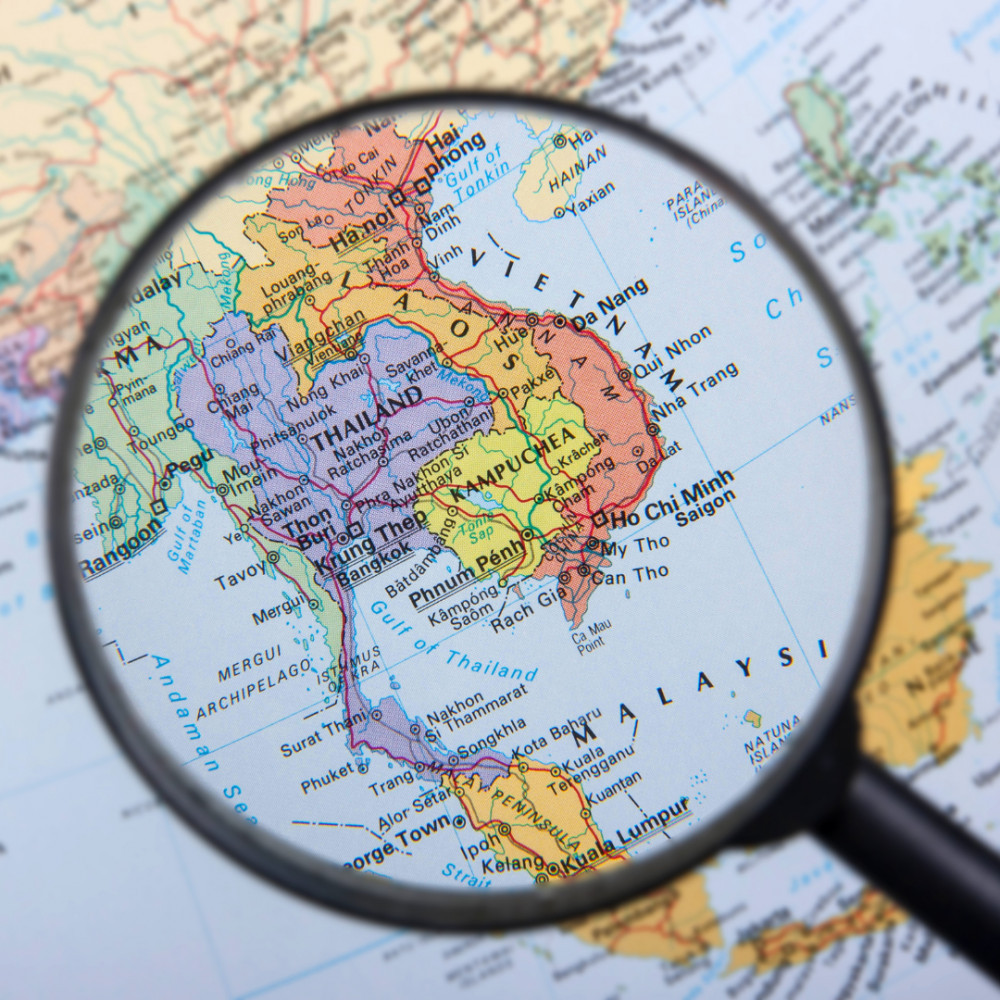 To travel to an Asian country, you can choose rice-based dishes such as fried rice, rice porridge, rice noodles, and sticky rice. It's usually easier to order these with just vegetables or meat substitutes. If you're not sure what's in soup, broth, curry, or other premade meals, stay away because they're usually made with meat or seafood. I hope the guide will be helpful for vegan travellers who would love to travel to Asian countries.

I trust you enjoyed this article about the Top 14 Vegan-Friendly Cities In Asia. Please stay tuned for more blog posts to come shortly. Take care!

Ideas? Thoughts? Questions? I would love to hear from you. Would you please leave me your questions, experience, and remarks about this article on the Top 14 Vegan-Friendly Cities In Asia, in the comments section below? You can also reach me by email at Jeannette@LivingTheVeganLifestyle.org.

23 Most Popular Vegan-Friendly Cities In The World 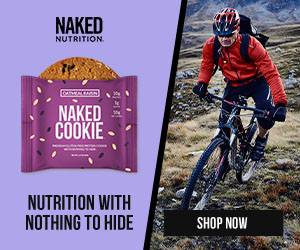